The gallery exhibition was inaugurated FotoSoyuz ’50 years of space photography 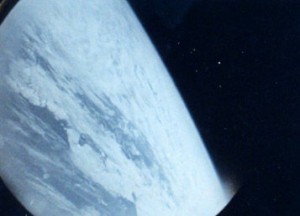 Recently in Moscow, the gallery exhibition was inaugurated FotoSoyuz ’50 years of space photography ‘, which are contained the first images of Earth shot by Soviet Cosmonaut Titov Guermantes, who was the first to photograph the Earth 50 years ago.

The three historical photos show a blue Earth globe covered with white clouds on a black background, a timid dawn and a picture of the window from which Soviet cosmonaut took pictures. 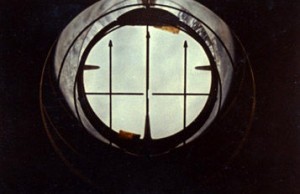 Titov, who had not yet overcome the disappointment that won him not be the first astronaut in history, saw his dream on August 6, 1961 by climbing aboard the Vostok-2 with a film camera. «We need you for more difficult missions,» he said at the time Sergei Korolyov, the father of the Soviet cosmonaut.

Titov Guerman made ​​history by being the first film images of our planet with the camera and Konver Avtomat spools of 300 mm. Indeed, the first pictures of Earth were taken from film shot by Titov during the 17 laps that gave our planet, 25 hours in which even had time to sleep, something I do beat Yuri Gagarin flew only 108 minutes.

To get those pictures, astronaut, received more than 60 hours of instruction on how to handle the camera that made ​​him a true professional photographer. In addition, exposure can view multiple pictures of Titov, Gagarin and Valentina Tereshkova, first woman to travel into space.

Besides taking photos, Titov, who was barely 25 when he went into space, was the first man who suffered dizziness due to lack of gravity, which did not prevent him realize his dream easily.